I returned to school today for a couple of days of work before the students return next Monday. Even though I am in my 22nd year in the classroom, I confess that I have been wrestling with what I should say to my students when they return. Many will have suffered losses and some of them will have lost everything.

Monday will not be a day to jump right back in to the study of economics, algebra, or literature. Monday will be a day to begin the process of returning to something approaching normalcy, but it won’t be normal, just like today was not a normal work day for teachers.

This morning I unlocked my classroom door for the first time in 2 weeks, turned on the lights, and standing in the doorway I surveyed my room. It felt as if I were looking at someone else’s class in different school. Though packed with desks and decorated with colorful posters and photos, the room now seemed barren and unwelcoming.

It’s the same room I’ve worked in for the last 5 years and one I walked out of the day before the storm, but my senses told me otherwise. I suspect many students may see this school (and all of life) differently too.

I may be wrong, but I suspect the usual pre-class chatter on Monday will be quite subdued. If so, then I expect to have a more attentive audience when I stand in front of the class after the bell rings, but what will I say?

Had I suffered a major loss in the flooding like so many others, maybe the words would come easier. Perhaps then I would feel like I had some standing from which to speak to people who have suffered great losses. Yes, my wife and I anxiously struggled against the rising waters at the back of our house for 3 days and nights, but our experience cannot compare to some of our neighbors. A 30 second drive to the north, south or west of us shows home after home with yards full of flood soaked furniture, torn out drywall and ruined major appliances. 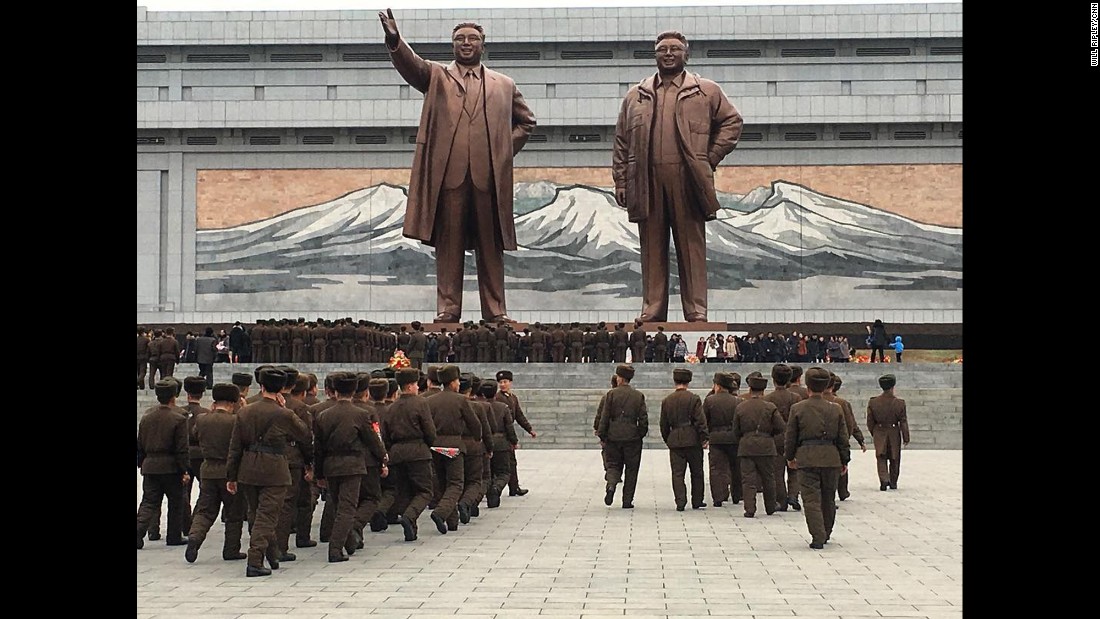 It occurred to me that maybe I should show them a documentary on Monday about life in North Korea, but I am afraid that would come off like, “Yes, I know you have no walls in your homes and you’re wearing donated clothing, but you should feel better, your life could be so much worse.”

Maybe I should go in the opposite direction and try to cheer them up. I could show them videos of Mr. Bean flippantly illustrating economic concepts. Or maybe, I could bring my grandson’s books to school and read some to them.

“Alright students, to take your mind off your troubles today I’m going to read a wonderful book, Click Clack Moo, Cows That Type. If time permits I’ll follow up with Duck for President. 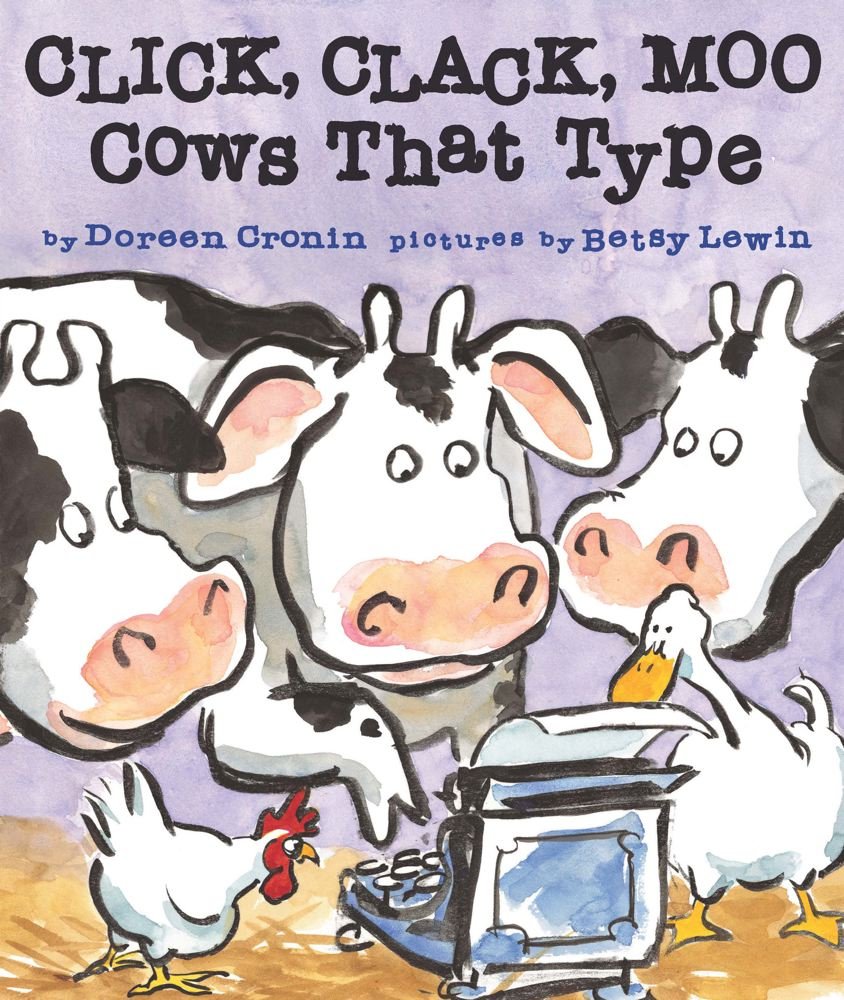 Wonderful books, but I jettisoned that idea as soon as it came to mind.

No, diverting their attention is not a good approach. I have to address the storm and its aftermath.

I know I can’t speak of authoritatively about losses in this storm, but I can talk about struggles and losses in the storms of a life of 57 years.

A Life of Storms

I can tell them about my wife having cancer and the prospect of being a widower at the age of 21. On top of that my insurance company at the time denied all our claims which meant I could have been in deep debt for the rest of my life.

At the time, all I could see was the impending collapse of the life I had envisioned.  I did not know that the cancer was a one-time event and that despite the initial denial of our claims the medical bills would be paid at 100%.

I can also share with students how my life was thrown into disarray years later by a phone call  I got informing me that my father had been diagnosed with a hopeless disease and given 9 months to live.

At the time, I was a full-time college student working various jobs at odd hours, struggling to pay our mortgage and keep my wife and kids from going hungry. I already had a more than full plate in my life, and I saw no room for more problems.

After hanging up on that fateful call I remember telling my wife that there was no way I could spend the next 9 months going back and forth to hospitals and watching my father waste away. I was sure I wasn’t strong enough to handle that.

Looking back, I did exactly what I said I could not do and much more. That was an incredibly tough time of life, but it was also precious because it gave me a closer relationship with my father. Like with my wife’s cancer, it forced me to change.

The pain in those events was very real, but so was the growth I experienced as a man.

In the storms of our lives, it can seem like we are enveloped in a dark fog that has no end. We can see no path ahead. We can only remember the way things were before the storm.

In 1862 Abraham Lincoln wrote a touching letter to the Fanny McCoullough, the daughter of his longtime friend who had been killed in the Civil War:

“It is with deep grief that I learn of the death of your kind and brave Father; and, especially, that it is affecting your young heart beyond what is common in such cases. In this sad world of ours, sorrow comes to all; and, to the young, it comes with bitterest agony, because it takes them unawares. The older have learned to ever expect it. I am anxious to afford some alleviation of your present distress. Perfect relief is not possible, except with time.

You can not now realize that you will ever feel better. Is not this so? And yet it is a mistake. You are sure to be happy again. To know this, which is certainly true, will make you some less miserable now. I have had experience enough to know what I say; and you need only to believe it, to feel better at once.

The memory of your dear Father, instead of an agony, will yet be a sad sweet feeling in your heart, of a purer and holier sort than you have known before.”

Lincoln knew the dark fog of tragedy. Ten months before writing this letter, his beloved son Willie died at the age of 11, and this came just 2 years after the loss his 3-year-old son Eddie. Like I have learned, Lincoln knew that there was life and even joy beyond tragedy.

I don’t know how students will respond to these words, and experience has shown me that my impressions of students’ reactions are often far from accurate.

About 10 years ago, I was asked to have weekly talks with one of my senior AP classes.  Whatever the assigned topics were did not seem very important to me, so I spoke from my experiences in life.

One young lady would always put her head down and turn away when I talked, and this perplexed me. She was an excellent student in a difficult class and had exemplary behavior and social skills, and yet she gave every impression that she wasn’t interested in my words about life.

Months later, right before graduation, she brought me one of her senior photos. On the back of the picture, she thanked me for being her teacher and then wrote:

“I’ll never forget the day you told us that tough times don’t last, but tough people do.”

I can’t think of a better title for Monday’s talk.